How to Buy the Best Kids Cuckoo Clock

A good quality cuckoo clock gives a vintage feel to your home. They can last for many years if you take good care of them. You will find a wide variety of cuckoo clocks in the market from which to choose from. The key tips which can help you to buy the best kids’ cuckoo clock are discussed below:

Buy from a Reputed Manufacturer 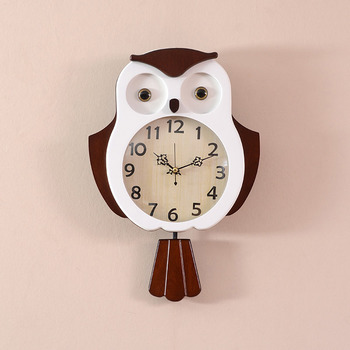 In order to buy the best kids’ cuckoo clock, you should always make it a point to buy from a reputed manufacturer. You will get the good quality and manufacturer’s warranty by purchasing from them. Another point to remember while purchasing a good cuckoo clock is to purchase only handmade ones, as they have better quality of craftsmanship.

You should consider the pricing of the cuckoo clock before choosing the best one for yourself. The more intricate and detailed a cuckoo clock is, the higher it is likely to be priced. One-day movement clocks are usually less expensive than eight-day movement clocks. If you want to buy clocks with more musical instruments and wider range of melodies, then you will need to spend more. Handmade clocks with detailed carvings and finishes are also priced higher than cuckoo clocks without such intricate designs. Larger sized clocks and clocks with night shut feature will also be costlier than clocks without these features.

Choose the Style Based on Your Needs 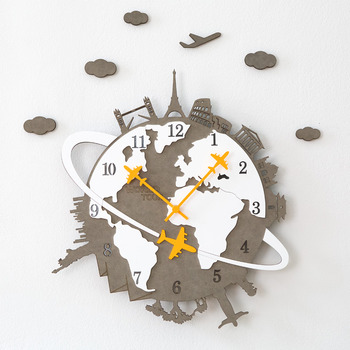 Kids cuckoo clocks come in two distinct styles- chalet clocks and carved clocks. Chalet clocks come in a house design. The design is mostly in the form of an alpine house and other figurines which may be moving and enacting daily life activities. Carved clocks depict popular scenes from nature. They can be in the form of animals, trees, leaves, etc.

Kids cuckoo clocks are of two types- mechanical movement and quartz movement clocks. The key difference between them is that you don’t have to wind the clock for making them work in a quartz movement variant. The traditional kids cuckoo clock feature mechanical movements and need to be to regularly wound in order for them to work. These clocks come with either a one-day movement or eight-day movement which needs to be wound daily or weekly respectively. The movements of the clock are controlled by weights. Quartz cuckoo clocks are powered by battery and need not be wound. Choosing between these two types of clocks depends largely on personal preferences as both of them work fine.

There are different types of cuckoo calls in kids’ cuckoo clocks. The mechanism through which the cuckoo sound is produced is different for mechanical and quartz movement clocks. The cuckoo sound is produced through the clock movements in a mechanical movement. There are two air chambers which are filled with air and produce the cuckoo whistling sound. Some clocks will also feature a cuckoo which comes out and flaps its wings along with producing the sound. On the other hand, quartz movement clocks produce the cuckoo whistling sound electronically.

Wall Clock – Homerise Artwww.homeriseart.com › tag › wall-clock
You have to consider quite a few factors while buying these old clocks to hang on… Read more · What are Some Unique Wall Clocks to Buy? homerisesblog …

How to choose toilet paper holder